The reason that humanity seems to suffer is because it believes it is human.  It believes it is separate. And when you believe you’re separate, you begin to believe somebody is trying to do something to you. You have to compete with life or with other people. So you’re trying to do strange things to others, to be above them, to outwit them.

But I say to you, you do not have to do any of these things. You simply have to recognize the truth about yourself and you will be free. You simply have to accept that you are absolute intelligence, absolute awareness. That’s you. The past no longer exists for you. It never was. It’s a dream. The past can no longer hurt you. The future does not exist. Only now exists. 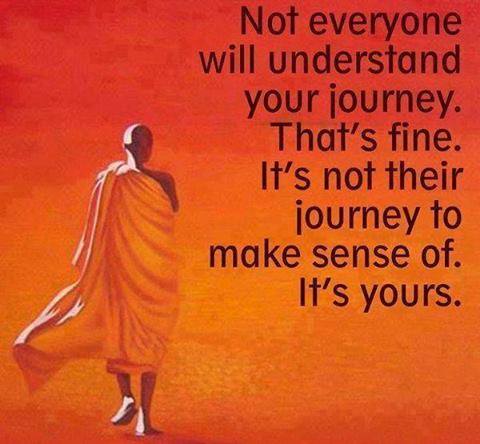 Religion is an act of vision that guides and leads us to the Beyond. Religion is intuition. Intuition is so near and dear to each of us, so familiar to our soul and so intimate to our heart, that it requires no definition. Even so, we may as well proclaim the truth that intuition is the consciousness of the all-pervading existence. Ask a man how he is sure of his existence. Silence captures his mouth. He knows what his existence is. He feels it. But the explanation evades him. Religion is that very intuition which defies explanation but which is a self-embodying and self-explanatory truth.

Religion is not fanaticism. Religion, in its purest form, is a feeling of the universal oneness of Truth. A fanatic never sees the truth in its totality, even in his wildest imagination. A fanatic has nothing to offer to the world precisely because he has not kept his heart’s door wide open, and because he lacks the capacity to commune with his soul.

What we need is direct illumination. Lo, differences are buried in oblivion. Through our feeling of universal oneness, we run closer and closer to the Supreme. Our life has a freedom of its own. Our narrowness in thought kills this freedom. This freedom finds no joy in lofty and grandiose pronouncements. This freedom wants to be the living expression of our inner thoughts and feelings. Freedom is union. Union is the all-energising and all-fulfilling Truth.

Religion speaks. It speaks more significantly than words. Unfortunately, its message is often subject to our ruthless distortion. Nevertheless, in the long run, it triumphantly voices forth the truth.

All religions are indispensable to their adherents. All religions, too, are surcharged with inspiration. This inspiration is the conviction of the adherents’ collective soul. Peace must be their watchword, just as Truth is their sole aim.

Momentous are the words of Tagore, who said of religion: “Religion, like poetry, is not a mere idea; it is expression. The self-expression of God is in the endless variedness of creation; and our attitude towards the infinite Being must also in its expression have a variedness of individuality, ceaseless and unending.”

Religion is a living challenge to the highest in human beings to face the stormy problems of life. True, there are countless problems. But there is also an Omnipotent Power. Strangely enough, this power utilises the problems as true instruments for the future blessing of humanity.

Religion expands. It expands our feelings. Religion lives. It lives in the inmost recesses of our heart. Religion conquers. It conquers in our self-giving.

The divine aim of religion is to release the pent-up reservoir of human energy. Life itself is religion — intimate, continuous and fulfilling. Let us live openly and freely. Let us have that religion which includes all human beings who have ever lived on earth, those who are now on the world stage and those who shall dwell here during untold ages to come. Ours is the religion, that will perfect the order of the world. Ours is the religion that will ply between the shores of Eternity and Infinity.

– Sri Chinmoy, Yoga And The Spiritual Life. The Journey of India’s Soul

Just go into the room, sit in the centre of the room, open the doors and windows, and see who comes to visit. You will witness all kinds of scenes and actors, all kinds of temptations and stories, everything imaginable. Your only job is to stay in your seat. You will see it all arise and pass, and out of this, wisdom and understanding will come.

What you seek will seek you, when you seek That truly from your heart…