Representation of the Self spin (Time and Space) is noted throughout history in many cultures including China, Tibet, Nepal, Mexico, Native American, South Pacific and of course India. The images or a permutation of the image is in the form of the swastika. This image is not to be confused with the tilted swastika used by the Nazis.

As the co mingling of the elements of 1. Absolute Space and 2. Absolute Time continues, a third element 3. OM light is produced. Then, with the co mingling of 1. Absolute Space + 2. Absolute Time + 3. Om Light a fourth element is produced called OM Sound. Right here at this very moment you can see that OM Sound is a well-known element mentioned profusely in Vedic texts but OM Light has been left out of the Vedas. OM Light eventually gives rise to all visual forms and OM Sound eventually gives rise to all oral forms (language etc).

As this unmanifest structure continues to spin around the central point called the Bindu Point (micro cube), and with the co mingling of the four elements the cubicle shape gains more structure and mass.

With the continued self-spin and additive, commingling effect of 1. Absolute Space + 2. Absolute Time + 3. Om Light + 4.OM Sound we see the formulation of yet another element called Air. This is still in pre-manifest crystalline structure. The qualities of the element are not yet the gross qualities that can be perceived in the manifest world. Note the position of the formation of the air element within the cubicle structure. It is as if the centrifugal force of the self – spin caused the previous elements to coalesce as the air element in that locality in the Time/Space continuum.

Self-spin continues, and with the addition of the Air element, the micro cube begins to take on more mass as 1. Absolute Space + 2. Absolute Time + 3. Om Light + 4. OM Sound 5. Air commingle and coalesce. Through Time, that is, the Time it takes to spin a half turn, the commingling and coalescence of the existing elements form a new element. That element is Fire.

Once again in the progression continues with process of all of the previous elements adding together with each other and combining to form yet another element Earth. 1. Absolute Space + 2. Absolute Time + 3. Om Light + 4. OM Sound + 5. Air + 6. Fire +7 . Water = 8. Earth. Creating Eight Absolute Elements in all. These all are considered as subtle elements. Many philosophies and religions around the world call these Elements as Maha Bhuta (Great Element) or Pancha Bhuta (Five Element) or Pacha Tattva (Five Principle) consisting of Earth, Water, Fire, Air and Space.

Do we want to Change the things around us! Change the people for better humanity, Change the world as heaven? Okay, then why don’t we start from our self. It’s very easy for our mind to think big and find fault on others as the reason for failure which we used to more often. If we start finding fault and criticize each Other, People, Media, Education, Economy, Politics, Government, Nation,.. which would be a never-ending blame game which ultimately result in spread of hatred (negative energy) among us but nothing else. Remember all the changes we are discussing now are nothing outside us, but its in us. It’s not just others have to change but the change begins from us. We make them and they are made of us. So if we want to change them, then we have to change!

Not just the things around us, personally we wish to change or develop our self as a perfect being with healthy body, strong mind, powerful will and an inspiring personality. But we rarely set the goals and think consistently about it to achieve it. Even if we set higher goals for our life and later we let it go as it is without taking proper efforts. We do get influenced by others and things around us easily as stronger the influences weaker, finally end up saying because of this I was not able to achieve my goal.

So how do we change our self and others for better humanity? First think clearly what we want to change and set an achievable goal. Think consistently on the change we wish to make and be the change we want to see. Try to overcome difficulties in this process. Don’t get influenced by negative thoughts. Try to change the negative to positive and always think positive and be positive. If we are stuck up in one way try the other way. Choose the way which suits us the best, not just what others follow. If we don’t find any way, create a new way to achieve it. Don’t be shy to try new things or express our Self. Never ever give up, just do it!

During this process we are training our mind to achieve anything, but building our determination and strong will. Once we have built this, there is no turning back. Only our mind has limits, but we (the soul) are limitless. Nothing is impossible for us. All we need to train our mind to think beyond the limits, which is our true nature.

If we want to make bigger change in humanity, let others know (start with our close friends and family) our true goal and let them understand. It’s not necessary that others need to be forced to change or follow. Our duty is just to enrich our self and other with true knowledge. It’s up-to them to make their own choices which suits them the best. When many people think positively on the one Higher goal, the positive thought energy accumulated towards it  makes a greater impact which in turn creates the spark of revolution for betterment of humanity. Remember not to make sudden changes in anything. Let the change be gradual. The system should accommodate it without any hitch. Nature never moves by leaps. Like one lamp lights other and spread the brightness around, we need to light our Self and enlighten the world with everlasting love, peace and happiness! 🙂

When you have emptied all content — thoughts, desires, memories, projections, hopes — when all is gone, for the first time you find yourself, because you are nothing but that pure space, that virgin space within you. Unburdened by anything, that content less consciousness, that’s what you are! Seeing it, realizing it, one is free. One is freedom, one is joy, one is bliss.

I am truly delighted to have been nominated by BIPOLAR ONE, REAL LIFE TWO, Paul (Resting in Awareness), ROAS for the Versatile Blogger Award and Patti Clark (A Woman’s Guide) for Very Inspiring Blogger Award. All their blogs are very inspiring and wonderful. I recommend to visit to their sites. 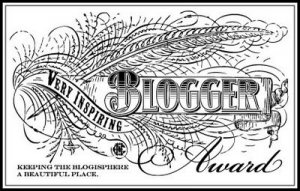 I am blessed with your unconditional love and motivated more and more by your encouragement through likes, comments, awards and appreciation.Thank you all so very much!!!

Rules for the Award

1. Thank the person who nominated you and write a post about it.
2. Share 7 things about your Self.
3. Pass the award on to 10 or 12 bloggers you enjoy, link to their blogs, and let them know you nominated them.

The Liberated Way
Eternity in an Hour
A Leaf in Springtime
The Mystic Circle
Ram0ram’s Blog
Renard Moreau Presents
Life: My Daily Teacher
MENTALLYPOISONED
The Wisdom Of Life
THE GREATEST SCIENCE DISCOVERIES…

Blogs I recommend for Very Inspiring Blogger Award are

Let the thoughts be always great and progressive;
It will not be a loss, even if the success eludes!

I like to thank all the followers, visitors, and finally the WordPress from bottom of my heart! WordPress has been a great platform to learn and share the knowledge with all my friends in the search of Absolute Truth. I was able to explore and express my Self in the best way as never before. It would my great pleasure even if this blog helps to light (0.01%) Self Awareness in you. Today we reached the spiritual milestone of 108 followers. It’s the perfect moment to discuss about the importance of very special number “108”.

The number 108 is considered sacred in many religions, traditions, and connected yoga and dharma based practices. The individual numbers 1, 0, and 8 represent one thing, nothing, and everything (infinity). 108 represents the ultimate reality of the universe as being (seemingly paradoxically) simultaneously One, Emptiness, and Infinite.

There are said to be 108 energy lines, or nadis, converging to form the heart chakra. Marma points (Varman Points or Acupressure points) are like Chakras, or intersection of energy, with fewer converging energy lines. There are said to be 108 marmas in the subtle body. On Sri Yantra, the Marmas have 54 intersecting energy lines where three lines intersect. Each has feminine, or shakti, and masculine, or shiva, qualities. 54 X 2 = 108. Therefore there are 108 points that define the human body and the Sri Yantra or the Yantra of Creation. The same rule is observed in the Sanskrit language, with its 54 letters, both representing the two genders and they are also called Shiva and Shakti respectively; again, 54 X 2= 108.

108 signifies the wholeness of the divinity, perfect totality. Renowned ancient scholars viewed 108 as a number of the wholeness of existence. Using the number 108 helps us coordinate the rhythm of time and space & we remain in harmony with the spiritual powers of nature. 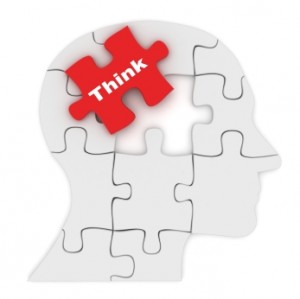 In order to acquire True Knowledge we need to develop our Reasoning (Intellect), which is also the first step in Self Learning. Whenever we listen/read/see something we don’t have to believe/follow them blindly or ignore them upfront. Try to accept them first, then try to ask our Self ‘Why?, What?, Where?, When? and How?’ is it so and try to understand the real reasoning behind it. At the initial stages we can use multiple external sources like Internet, Books from different school of thoughts to gain some basic knowledge. In later stages when our Intellect is trained and developed, we will be able to find answers for all our questions by our Self. This is one of my favorite things to do and suggestion to who are in search of Absolute Truth!

Remember all of us are Infinite Potential Energy with all the great virtues and powers dormant inside us. We can unleash them only through continuous Practise and Self Learning. Happy Learning! 🙂