What did the unmanifest space energy contain? Was it a point of singularity as the modern scientists wanted us to believe? If so then how much mass was concentrated in that point which is obviously very difficult to believe?

The space is filled with Paramaanu or Microbodes which are cubical atoms. The primal manifest form of the unmanifest is a square (primal wave pattern). This is the shape of the Paramanu or Microbode. This is very luminescent, means filled with light and on a 3D plane this shape is a Square Cuboid. A Square Cuboid is a shape which is equal in all sides – say of unit measure which is the smallest measure possible and has 6 faces, 8 vertices, and 12 edges. It is expressed in Hinduism with the idols of Lord Shiva and Lord Muruga having six faces, 12 eyes, hands etc. 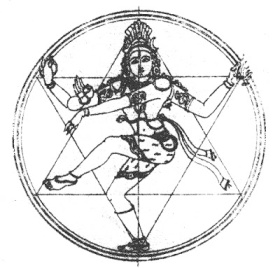 We also need to note that 6 faces can be represented in 2 ways as Cube and Tetrahedron. Lord Muruga’s star (Hinduism) or a Star of David (Judaism) in 3D which has 6 faces and 12 edges, popularly known as Tetrahedron. Six pointed stars have also been found in cosmological diagrams in multiple religions across the world. It also represent the heart chakra (Anahata) which is related to love, equilibrium, and well-being. Shatkona(six-cornered) is kind of simplistic representation of Sri-Chakra. Shatkona or Sri-Chakra are both combinations of upward triangle(s) and downward triangle(s). 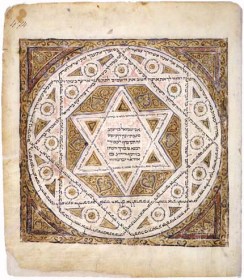 The free space is packed with cubical atoms of energy. They are building blocks of the structure of the universe. So what is clear is that all these atoms existed in a “resonant state of nonvibration” before the so called “big bang” happened or the pulsation started.It did not burst out of a single point as popularly believed. Alternatively, in space every point is the center. When the pulsation started these cubical atoms underwent a shape change and manifested as shapes and forms.

This cube is called as micro‐abode called Sittravai / Chittrambalam (mini hall in Tamil). This is secret in Chidambaram, Sage Appar (Chidambara ragasyam) realized. Chidambaram is a Shiva temple associated with Space energy and when you go to sanctorum you would not find any idol but just empty space with some lights there. This is to signify this concept of Paramaanu which is luminescent and is a Cuboid in shape. This is the smallest particle possible and can be called as ‘God’s particle”.

The micro space, in the cubical shape is fetus or Garbha. This is known as Vinkaru in Tamil. This micro abode is the repository of light and sound. The free space is Light and the Light is Moolam or source of the universe and universal forms. Light is Brahman, Atman, Vastu Brahman – Nunporul or Paramporul in Tamil.

10 thoughts on “Paramaanu – The God Particle”